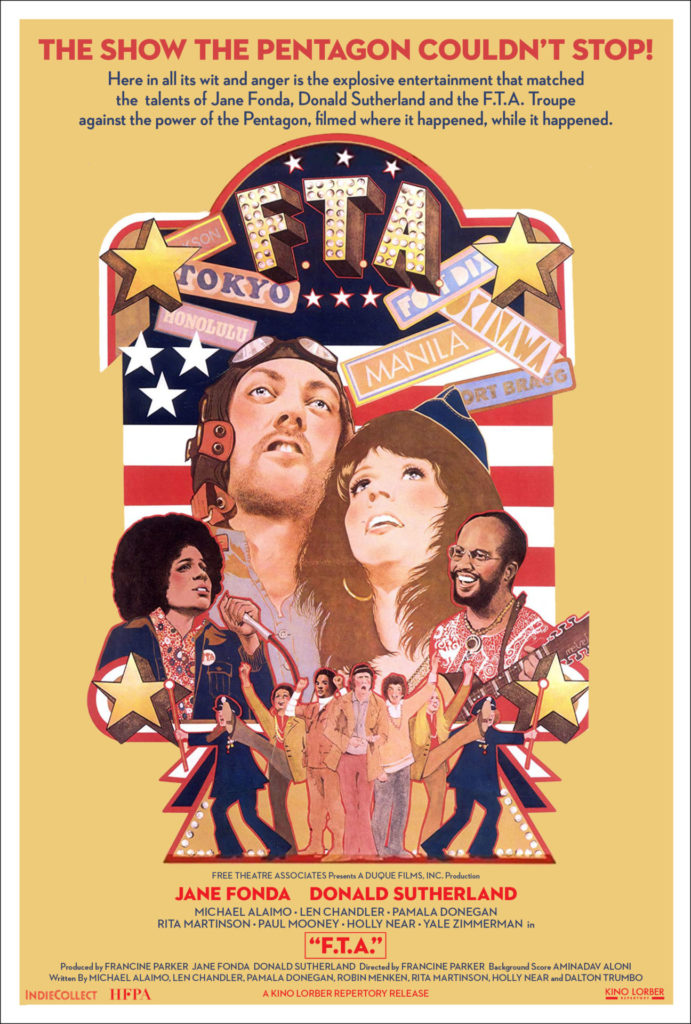 In 1972, Jane Fonda, Donald Sutherland and fellow artists entertained 60,000 troops with a musical comedy called “Free the Army.” The show is intercut with footage of soldiers on their way to or back from the Vietnam War, many of whom express doubt and anger about why they are being asked to fight a war they don’t understand. Restored with support from the Hollywood Foreign Press Association.